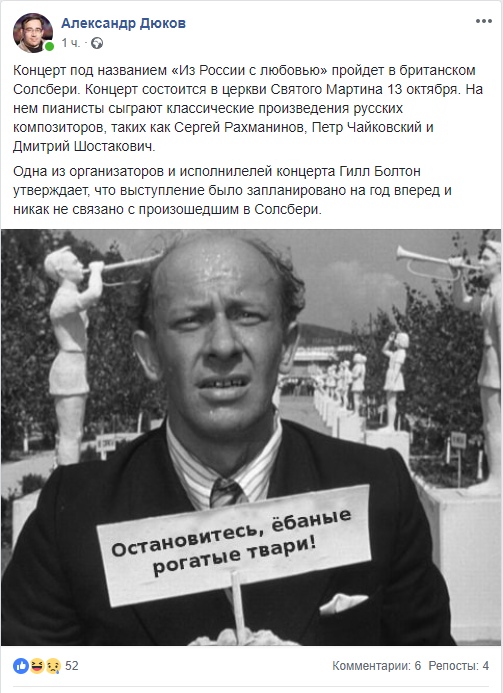 I am absolutely convinced that an external interference with the U.S. presidential election of 2016, which admittedly affected the result, — did occur for real.

Injection 1: there was an election meddling

The very fact of meddling is proved by the hysterical, totally inadequate, on the verge of insanity, reaction of that strange formation which now calls itself the American establishment, but is in fact the excessive mold on the well-being and hegemony achieved by completely different people.

Yet saying that it were Russians who did it, is not so much stretching the truth, it is more like making a clumsy joke. Because the country behind that meddling is indeed replete with "Russians". As Vladimir Vysotsky used to sing: "A quarter of our people."

What other country could desire the defeat for Hillary Clinton?

Which country suffered most from the policies of Barack Obama, who for the first time in the history of U.S. relations with Israel, said that now his best friend in the Middle East was the radical Islam?

Which country should feel endangered in the event of the democratic candidate coming to power in the United States, the continuation of the "Arab Spring" and, along with that, — the implementation of the Iran nuclear deal?

What other country has so powerful a lobby in the US that can really influence the internal politics of the States, and even the outcome of the election?

But the blame is, of course, on the Russian hackers. Who else?